Is the Charity sector levelling up?

If you haven’t noticed the influx of attention around fundraising through gaming and gamers over the last 6 months or so, where have you been?! It’s official – charities are going wild for gaming, with more and more organisations trying to reach this philanthropic community to generate income.

In the UK we’re actually quite late to the party – across the pond, US charities have been fundraising through gaming for several years now; particularly via the increasingly popular live streaming platform, Twitch. With over 450 million hours spent watching streams & 15 million daily active users, Twitch provides a huge opportunity for charities to fundraise. According to the company, gamers and viewers have raised an incredible $130 million since 2011, with $40m of that donated in 2018 alone – a 30% increase on the year before.

What’s particularly interesting is that Twitch sees boosts in donations simply because of the group mentality of viewers. During one fundraising event in January 2019, chatroom members organised a flood of $5-minimum donations to coincide with one gamer’s run of Super Mario Odyssey. Within fourteen minutes, they had raised $140,000 pushing the event over its $2 million goal!

To make the process even easier, many fundraising-related tools are already integrated with the Twitch fundraising platform, making it even easier for donors to give. One exclusive extension is DonorDrive, which has integrated payment options directly to live fundraising streaming and more recently, fundraising tool Tiltify announced its new extension which links up with Twitch’s livestreaming donation channels. Embedded in Twitch, Tiltify also awards donors with on-screen commendations and enables chats with celebrity streamers.

Fundraising is clearly the end goal for most charities, however the benefits go beyond money. Take into consideration that some Twitch channels can have over a million viewers watching at any one time. Even if some don’t donate to a campaign at all, the exposure your organisation can receive this way is huge and could familiarise a whole new audience with your cause. Maybe viewers don’t donate this time, but a future ask could be the one that gets them.

So what are some of the key considerations as to whether a gaming fundraising product is for you?…

Considering incorporating a gaming offering into your fundraising portfolio? There are already a number of UK non-profits who have created a fundraising ask around gaming – whether that’s setting a specific challenge, partnering with gaming studios or even developing a video game of their own! Check out these examples for some inspiration…

Shelter – Level Up: Sign up, pick a day to play your choice of game for as long you want and ask your friends and family to sponsor you as you ‘Level Up for Shelter’. Going for a slightly different approach, Shelter suggests that you can play any game on any console or even board games if that’s more your ‘thing’! With less of an emphasis on streaming, the charity makes one thing super clear; However you decide to take part – there’s one key objective: fight homelessness!

Macmillan – Game Heroes: With more of a defined proposition, Macmillan was one of the earliest adopters of this trend and through Game Heroes, asked individuals or teams to take part in gaming marathons. Participants are encouraged to livestream their gameplay and use social media to fundraise.

Alzheimers Research UK – Sea Hero Quest: No longer a live campaign, but an interesting one nonetheless. In collaboration with Deutsche Telekom, University College London and the University of East Anglia, the charity developed a smartphone game that was both fun for players and provided crucial data for Alzheimer’s research. Spanning mobile and VR, Sea Hero Quest created the largest study on spatial navigation capabilities in history and was played by over 4.3 million players – totaling over 117 years of gameplay! (that’s a hell of a lot of data…) 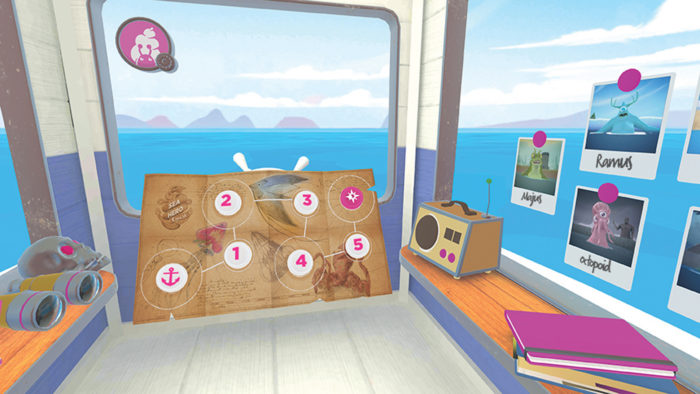 Médecins Sans Frontières (and others) – Summer Games Done Quick: Comprising a series of charity video game marathons, events feature high-level gameplay by speedrunners (read; gamers who complete levels or whole games as fast as possible) raising money for charity. Now nearing a decade-old, Games Done Quick has teamed up with several charities in its nine-year history, including MSF (Doctors Without Borders) and the Prevent Cancer Foundation. To date, the campaign has raised over $22.3 million!

War Child Gaming: Going above and beyond a ‘fundraise through gaming’ call-to-action, War Child have developed a whole portfolio of gaming events spread across the year – a smart tactic to encourage supporters to fundraise more than just once but avoid event fatigue as well as reach different audiences. They’ve also been teaming up with PC, console and mobile gaming studios as well as developers and streamers. So far War Child has raised $4.3m & reached 10 MILLION gamers. Find out more about their challenges here

Want some advice on creating your own gaming campaign or need help taking your pilot to the next level? Get in touch!