Mencap invited us to pitch for the development of a new legacy proposition and associated creative. We were provided with some insight into their brand and supporters’ views of Mencap.

The campaign needed to reach a wide audience including warm supporters, families and relatives of people with a learning disability, and those looking to write or update their will

We developed initial propositions for pitch, based on their supporters’ beliefs: that Mencap are at the forefront of changing the world for people with learning disabilities.

After a successful pitch, we took our ideas to testing before developing a full creative and suite of campaign assets including digital ads, web page content and an enquirer pack. We also planned and managed a photo shoot with a case study family provided by Mencap – on one of the hottest days of summer!

Finally we developed guidelines so that Mencap could use the proposition and creative in house.

Launching in September 2018, the first week saw an increase of +660% in new users to the legacy webpages.

The charity expects to hit target of 10,000 new users by end of the 2018/19 financial year, leading to an estimated £2.5m in long-term pledged income.

Marketing Manager “Not only do we now have a wonderful, inspiring legacy proposition that’s unique to Mencap (i.e. our brief to Killer exactly!) we are delighted to have worked with such a genuinely amazing team at Killer to deliver it. From the quality of the creative vision all the way through to the ad executions and, vitally, their fantastic account management, we have thoroughly enjoyed working with Killer and are already looking forward to our next project together.” 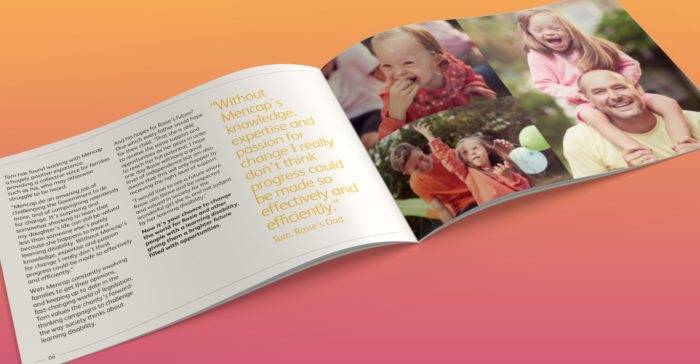 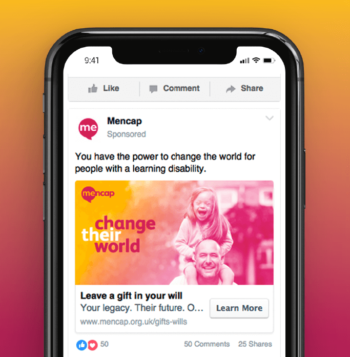